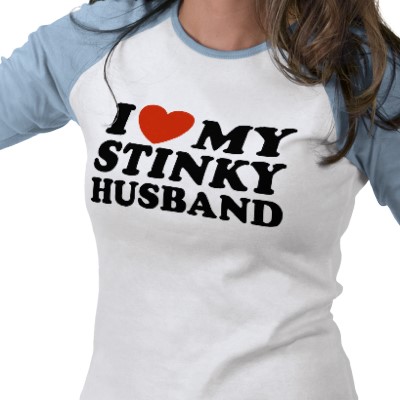 At some point, everybody deals with unpleasant odors in their home. Whether it’s from people, animals, mold, chemicals or something else, smells are everywhere.

As home get tighter and more energy efficient, odor and chemical problems can get worse and worse because the stinky air remains in the house longer since it isn’t flushed out by fresh air leaking in the house.

What not to do

My first advice is: do not cover up foul odors with other smells!

I know I am sensitive to the volatile compounds found in air fresheners, nail polish and similar things. They almost immediately give me a headache and make my eyes burn. Many household cleaners have the same effect on me.

I also strongly advise against disposing of cleaning rags and other ‘tainted’ materials inside your home. If you’ve wiped up some nail polish remover, put the rags into a bag and toss it outside in the garbage. You don’t want those fumes continually entering your home.

Another ‘no-no’ is storing paint or paint remover cans in the house, especially in the basement. Most paints are loaded with volatile compounds that evaporate and contaminate your home’s air. In addition, you’ll notice that most cans have warnings indicating that the contents are extremely flammable. In the event of a fire, these compounds can make the fire worse or lead to explosions.

What you should do

The most important thing is to put stinky stuff outside your home. This may seem obvious, but we often overlook the obvious. Here are some examples of things you should store outside your home:

It’s also a good idea to live “Japanese style” – no shoes in the living space. Your shoes track in an amazing amount of chemicals, dirt, and other foul stuff. Leave them in the mudroom and wear clean footwear in the home.

There are also items that you can’t remove from your home because they’re part of your home. For example, new carpeting or furniture. These are often pretty stinky and the smell will decrease over time. The problem is, that time can range from days to years. And, with tighter homes, we notice this more because less fresh air circulates through your house.

Options for dealing with smelly items:

Item 3 is key because you’ll want to do this all the time, especially with a tight house.

Flushing your home with fresh air can work miracles. On a nice, low humidity day, running window fans and opening windows and doors, can bring a lot of freshness into your home if you live in the country. If you’re in the city, you have to be more careful. But sometimes, there’s nothing like a blast of fresh air.

To be most effective, you’ll want to open windows on opposites sides of the house so that the air can flow through, carrying out the smells. You also want to take advantage of the natural  physics – air rising air up through the house. It usually wants to enter low and flow up and out high.

If you have bathroom fans, you might want to let them run while smells are present. A small bathroom fan running continuously doesn’t use much electricity and will draw air in through various openings around the house, flushing out air from inside the house. While not perfect, it can work well to ensure some air turnover in a house plagued with odors.

Remember, fresh chemicals (paint, furniture, …) can take months to lose most of their odors, so you have to be patient and persistent. Airing out the house for one day isn’t going to do it. You have to do it every day until the air is breathable.

What does ductwork have to do with household odors? Potentially everything!

I recently evaluated a home with odor issues. Using a special “smoke pencil” I was able to find serious hidden leaks in the duct system. It turned out that the ducts were improperly constructed and were forcefully sucking air from the dirty, smelly attic and distributing this around the house. Not only is this unhealthy, it’s incredibly bad for energy efficiency.

Duct systems are some of the most problematic parts of a home because they are under high pressure. Any defects are multiplied by the action of the giant blower used to move air around the house. And since it’s usually hidden in walls and attics, duct systems are often poorly constructed.

The problem is, it’s difficult for a normal homeowner to track down duct problems. And even your average air conditioner contractor typically won’t have a clue because they’ve been trained that many horrible practices are “accepted” or “industry standard.” Unfortunately, that’s true. But they’re still horribly unhealthy and inefficient.

There are a few tests you can run on your own to see if you’ve got a bad duct system. The simplest is to turn off your system and feel the duct registers during a cold, windy winter’s day. If you feel cold air coming out the ducts that gets worse when the wind blows, chances are good that you’ve got leaky ducts.

Another test you can run is to close up your house (windows and doors) so it’s as air-tight as you can get it. Then, turn on all the exhaust fans in the house (kitchen range hood and bath fans). Now, using a source of smoke, like one of the smoke sticks or an incense stick, go to your duct system inlets and outlets (the registers on the floor, walls or ceiling). If you detect air being sucked in through the ducts, that’s a sign of leaky ducts.

A final test you can run, which is very dramatic, is to get a small theatrical fog machine. With a little ingenuity, some tape, plastic and fans, you can seal up your duct system and blow fog into it under pressure. Any place your duct system leaks will exude the fog, giving a dramatic demonstration of just how leaky your duct system is!

There are two other issues that lead to really foul odors:

Where I live in the country, we get a ton of mice in the house every winter. Occasionally, they die, leaving us with the scent of death in the house for a month. Truly disgusting!

The only advice I can give here is to follow your nose and look in dark places that you wouldn’t normally go. I often find dead mice under my fridge. That’s a dark place with ready access to the kitchen and food that people leave lying around. You just have to hunt around until you find it or you’ll be stuck with the stink for a long time.

Sewer gas is much easier to deal with. Usually it’s associated with a sink or tub that is rarely used. The water in the trap (the U-shaped section of pipe that’s meant to hold water) evaporates allowing a direct air connection from your room into the sewer lines. Very nasty.

The easy solution is to make sure that your sinks are run regularly so that the traps can’t dry out. But another solution is to put a tablespoon of vegetable oil in the drain. This will float on top of the water and minimize the evaporation.

There are a lot of other sources of household odors, but this should get you started. Feel free to ask about your specific problems.

1 thought on “Eliminating Problem Smells in Your Home”