Years ago, shortly after putting solar panels on my house, I ran some tests to see if cleaning my panels of pollen made a difference. At the time, I found minimal difference in the output of my entire system so I concluded that I didn’t really have to worry about keeping the panels clean. Plus, most of the on-line info I found supported this, stating that rain naturally washes away most of the debris that settles on the panels.

However, this past year, I upgraded my system with solar optimizers. Due to tree growth, my array was having more problems from shading, causing the entire system performance to degrade. Optimizers allow each panel to operate more independently, reducing the negative effect of shading on one panel. In addition, the optimizers were connected to the internet, allowing me to monitor the output of each individual panel. Most modern systems provide this capability. It’s an extremely powerful troubleshooting tool.

As an energy geek, I wanted to see how my panels were performing after installing the optimizers, since I paid a good chunk of change for the upgrade. Sadly, when I compared my system output to past years, I didn’t really see much, if any improvement! Why would this be?

END_OF_DOCUMENT_TOKEN_TO_BE_REPLACED

Intuitively, clean solar panels are more efficient than dirty ones. But how much of a difference does it really make?

Like you, for years I have read that you *must* clean your panels because dirty panels waste so much sunlight. Since you’ve paid lots of money for your panels, you want every Watt that they can produce. But how much of a difference does it make?

This spring, after the flowers and trees sprayed their pollen everywhere, my panels were really dirty, totally covered with yellow pollen. I figured, this must be costing me big in solar production. So, being an energy geek, I decided to measure the output before and after cleaning (on consecutive days with clear skies at the same time).

In short, I discovered that, even this dirty, there was very little measurable difference. With my big array, when dirty, I got 8.4 kWh at the noon hour. After cleaning, around 8.5 kWh.  However, the effect was so small that I think this measurement is within the margin for error since even a little change in conditions would make a greater difference.

Given the time and potential danger of climbing on the roof, hosing down the panels and cleaning them properly, this tiny difference hardly seems worth the effort. Certainly, it isn’t worth the several hundred dollars that a professional cleaners would charge, especially considering that the panels will just get dirty again after another week!

There are conditions when you should clean your panels. If you have a flat or very low slope roof in a dry climate, the dust can form a very thick layer that isn’t washed away by infrequent rains. Over time, the dirt will cake on, making it harder and harder to clean. Periodic maintenance makes sense in this case.

Bonus information – what really makes a difference in solar production!

As part of this experiment, I discovered that my solar panels were producing far less energy than expected. In the past, I had measured over 9.5 kWh for the noon hour. At other times, they produced less than 8.3 kWh. This is a *huge* variation! But why?

After some research, I learned that solar production decreases when the panels get hot. So I went back through years of solar production records from my system, picked days that had full, uninterrupted production (no clouds) and graphed it. Here’s the results: 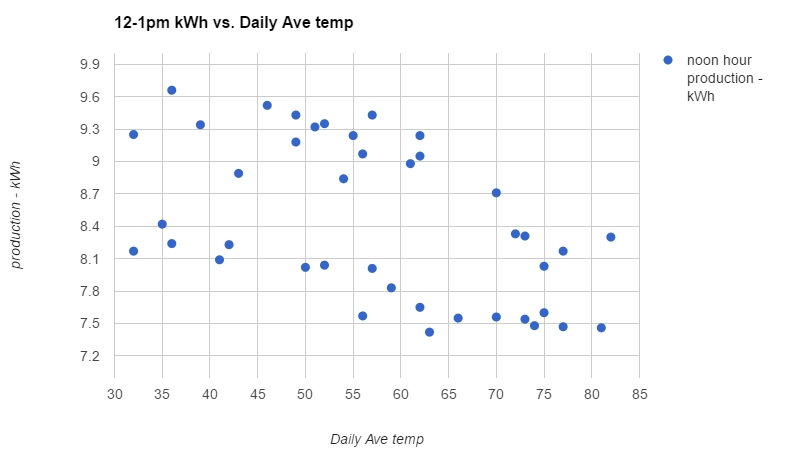 First, I must explain why there are two lines. The bottom level, ranging from a max of 8.4 kWh to 7.4 kWh are the data from before my solar system was expanded. The top line is from after additional panels were installed.

Next, I admit that these are crude measurements because they are based upon the daily average temperature at my location. Ideally, I would put a temperature sensor on a panel, so I could measure output vs. panel temperature. However, the effect is nonetheless very strong and paints a clear picture – solar energy production drops very significantly as the days get hotter.

If you are paying attention, you will think – “when the days are colder, isn’t that winter, when the sun is much lower?” The answer is “YES!” My data were chosen between mid-March and mid-August of several years. You would think the June numbers, when the sun is highest in the sky would produce the most energy. Not so! Temperature clearly makes a much bigger difference than this amount of solar angle change. In fact, the best noontime production was in mid April, where the temperature is low and the sun is bright.

Please note that this is the peak hour production. The total day’s production, for  my fixed mount system, is when the days are longest, even though the temperatures are higher. But I think it is useful for others to understand how much of a difference heating makes to solar production. So if you see your system underproducing during a hot summer day, that doesn’t mean it is malfunctioning. This can save you the pain and frustration of a service call.

The important thing that this implies is that a ground mounted system, with open backs and plenty of air flow as well as the naturally cooler temperatures of the moist ground below it, may be better for production than roof mounted, with very little natural air flow and a hot roof. Someone needs to study this, given how large a difference temperature makes to production. 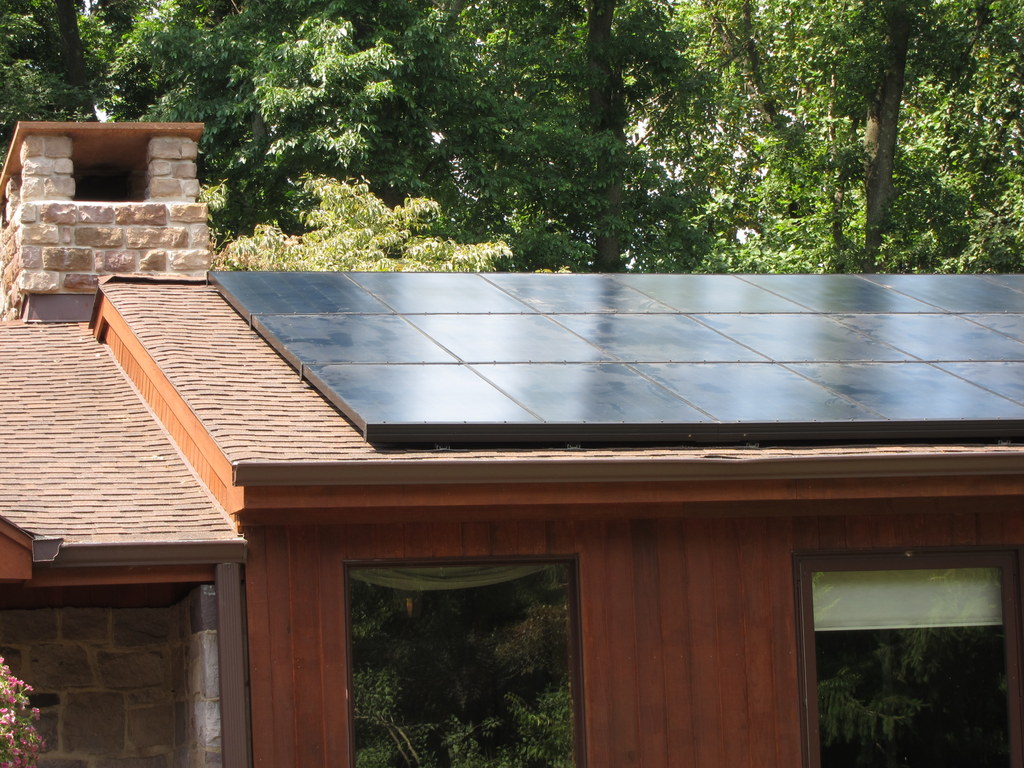 Now that I’ve had my panels installed for over a full month, do they really work as advertised?

The short answer is Yes! I’ve been very happy with the amount of electricity produced by the panels, in spite of the fact that this August has been quite rainy. Especially when compared to June and July which were sunny and hot! But that’s life in Eastern Pennsylvania. We have real weather here!

END_OF_DOCUMENT_TOKEN_TO_BE_REPLACED 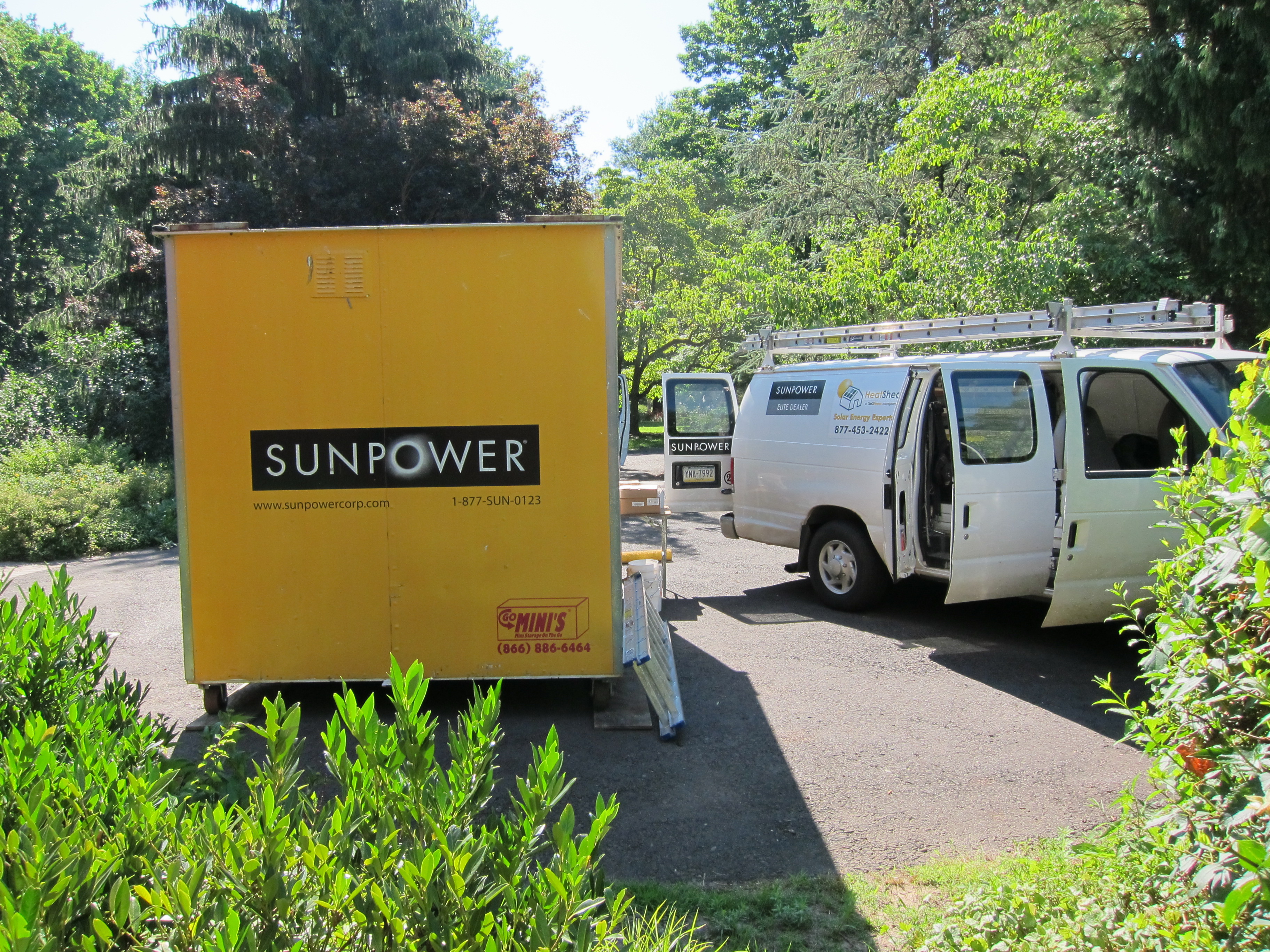 After deciding on an installer and signing the paperwork, the equipment arrives. In this case, we went with Heat Shed as our installer and Sunpower, one of the major Solar manufacturers, for the panels. END_OF_DOCUMENT_TOKEN_TO_BE_REPLACED 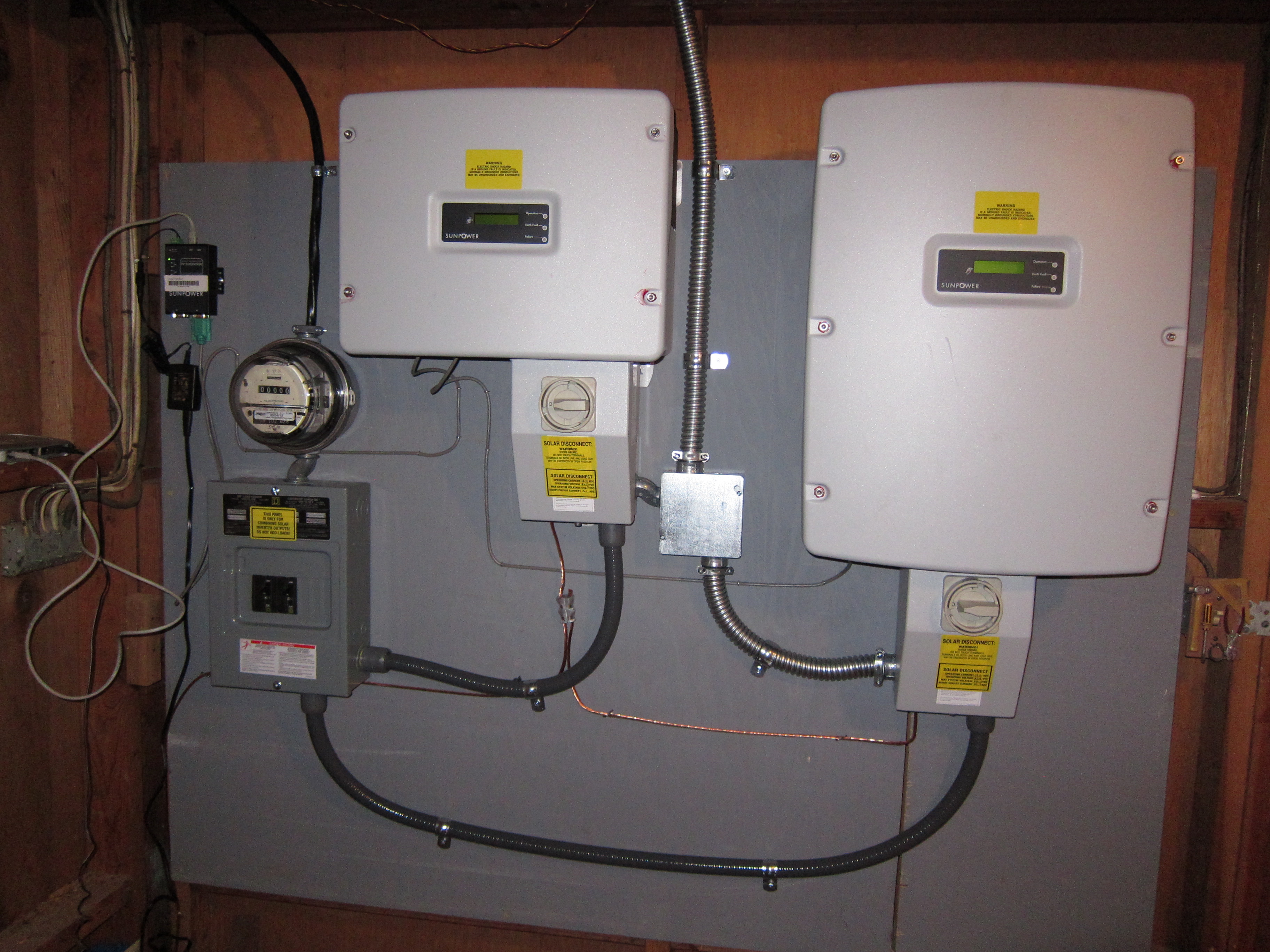 Solar photovoltaic (PV) systems have been a hot topic of discussion for decades, but it hasn’t been until recently that they have become truly economically viable. Instead, they were purchased for a variety of other reasons. But now, it can be far better than money in the bank.

Last year, my wife and I started evaluating options for installing a solar system. We wanted something that looked aesthetically pleasing, was cost effective, and provided enough power to significantly offset our electric bills. Initially, we thought that we were going to go with “solar shingles”. These have really come a long way in the last couple of years both in cost and efficiency.

END_OF_DOCUMENT_TOKEN_TO_BE_REPLACED

I recently overheard a conversation that made me think. A man, who was clearly respected by his friends as someone knowledgeable, commented that solar wasn’t ready for prime time because it isn’t efficient enough. But is this true?

The simple answer is “no.” Solar is plenty efficient. The solar electric panels that go on your roof are 15%-20% efficient. Solar hot water systems are about three times more efficient since they heat water directly. So the most intelligent system consists of a couple of solar hot water panels and a roof full of photovoltaic (electric) panels.

But still, you might be waiting for systems to get much more efficient. After all, semiconductors get faster and cheaper every year. If you did this, you’d be making  a mistake.

END_OF_DOCUMENT_TOKEN_TO_BE_REPLACED

A lot of people end up at my blog because they’re looking for this documentary on solar power. So here it is. 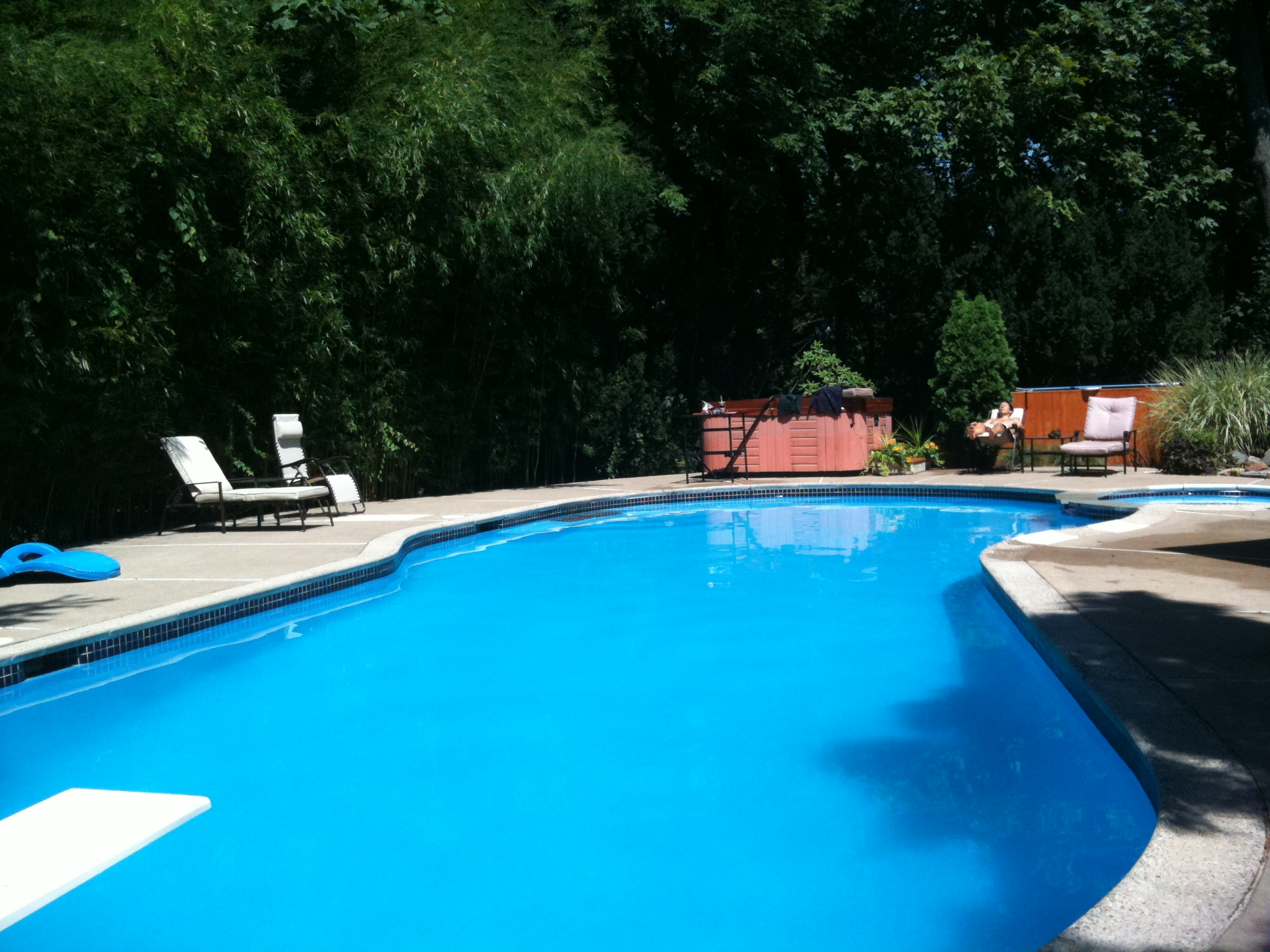 Is there an Energy Hog in your pool?

If you have a swimming pool, you probably hate to see your utility bills during the summer. Chances are, you’ve attributed the high bills to your air conditioner. But pools and their associated pumping equipment might be responsible for at least as much energy use as that big central air conditioner!

Why does the pool use so much electricity and is there anything you can do about it?

Pumping water takes a lot of energy. Just think about the last time you took a swim. It takes all your energy to swim the length of the pool, while you could walk this distance without difficulty. In the same way, moving water, because of its weight and resistance to flow, requires a lot of energy.

So if moving water naturally takes energy, how can you reduce the consumption?

Without getting too technical, moving a gallon of water through pipes takes much less energy if it is moved slowly than quickly because of water turbulence. Just knowing this allows you to dramatically reduce your pool pump’s energy use.

Unfortunately, most pools are designed with vastly oversized pool pumps. For example, my pool had a 1.5 horsepower (HP) pump. This is useful for backwashing the filter, but for general filtering, using such a huge pump results in less efficient filtering and much more energy consumption. Worse, that 1.5 HP pump might pump less than twice as much water as a .5 HP pump due to the high turbulence caused by the larger pump.

You’ll find that running that 1.5 HP pump for 10 hours a day (fairly common for pool pumps) will add about 15 kilo-Watt-hours to your electric usage. For many households, that’s an increase of 30%-50% of the home’s total daily electric consumption! Over the course of a summer, that adds up to hundreds of dollars in increased electric bills.

For my pool, I installed a two speed pool pump that allows me to run at 3/8 HP for general filtering. The water flow is ample for filtering yet it uses about 1/8th the electricity as when it runs at 1.5 HP. The only time I turn it on ‘high’ is when I’m backwashing the filter. Other than that, it runs 12 hours per day at a few hundred Watts (a total of about 3.6 kWh/day). When I convert kWh/day savings (over 10 per day) to dollars, I’m saving more than $1.60/day which is about $150 per summer in saved electric bills.

If you’re building a new pool or replacing an old pump, installing a multi-speed or variable speed pump is a no brainer. At a cost of about $500 for a high end two-speed pump or $1000 for a variable speed, the savings will pay for the pump in a 3-6 years. About half that if you’re replacing an existing pump and would have to buy a new pump anyway. Pu another way, that’s like having an investment that pays 15%-30% dividends – in these economic times, you’re not going to find a better investment!

Your specific numbers will vary depending upon your electric rates. I pay a lot in eastern Pennsylvania, so any electric savings pays back quickly. If you’re in an area with cheap electricity, the payback won’t be as quick.

It’s been a busy week for me with my startup, OurKudos.com, so I haven’t had much time to contribute to Ted’s Tips. But now on a rainy Friday night, I feel the need to decompress and talk about energy efficiency and sustainable building again!

Why is this so exciting? The SBA program is a wonderful organization dedicated to training people in the world of sustainable building. Unlike so many organizations that have sprung up in the last few years simply to make a buck on the “green” excitement, the SBAi is truly about the teaching. It’s a very small organization of dedicated individuals, passionate about what they do.  END_OF_DOCUMENT_TOKEN_TO_BE_REPLACED

My first Energy Geek video! This is the companion video for the recent article on Sun tubes.

Don’t expect much production quality. These videos will be like this blog – unedited, not politically correct, lots of opinions. So if you’re expecting “This Old House” you better look elsewhere!